The Rise of Kyoshi by F.C. Yee

Here’s one from my official Cybils Awards TBR Read Down pile, one of the 2019 Cybils Young Adult Speculative Fiction nominees.

We’d just finished a family viewing of the Avatar series over many pizza Fridays when my daughter saw this at the library the last time she was there before it closed and insisted we check it out.  It tells the story of one of the Avatars that we see Ang interacting with, but about whom we didn’t have any information previously.  That means we’re learning a whole new set of characters. 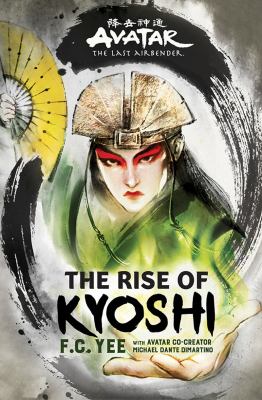 Jianzhu and Kelsang were both part of the Avatar Kuruk’s team, so when he passes after a less-than-spectacular run as Avatar, they are on the hunt for the new one.  But none of the usual ways seem to be working…

A decade later, Kyoshi has grown up from the street kid who ran away halfway through Kelsang’s Avatar test and is now working as an assistant to Avatar-in-training Yun.  She’s still given a hard time by the farmer’s kids who remember the street kid she used to be, even though she lives in the grand estate that Jianzhu had built for the Earth Kingdom Avatar.  Yun is busy learning from all the bending experts, talking with sages and emissaries from around the world, displaying amazing diplomacy skills.  Someday soon, he should be able to actually bend more than earth, right?  He, Kyoshi, and his bodyguard Rangi, the daughter of Yun’s fire bending tutor, are a secretly tight trio of friends, being the same age, despite their different social roles.

That’s why he invites Kyoshi along as a witness when Jianzhu takes Yun on a diplomatic trip to broker a peace treaty with a pirate queen who’s been raiding up and down the coast.  But when things go wrong, Kyoshi’s massive bending skills are suddenly on display and she’s receiving a lot of unwanted attention.  And if people start to doubt that Yun is the Avatar, all the diplomatic work he’s worked so hard on will come undone.

I confess, I had a little trouble getting into this at the beginning – it felt a little slow, but things are having a harder time getting my attention in general these days, so it could just be me.  Once they visited the pirates, though, the pace picked up rapidly.  This turned into a compelling tale that made some tough choices that I really wasn’t expecting.  There is a sweet bit of romance and plenty of humor to balance it out.  Though of course we know from the beginning that Kyoshi will be the Avatar, her place isn’t yet won. I know her place, when she finally comes into it, will be hard-earned. I’m looking forward to  The Shadow of Kyoshi, due out in July.

We have this in the teen department at the library, and there is a pretty high body count, so I’d use caution giving this to younger Avatar fans.  Hopefully soon I’ll  be able to review F.C. Yee’s The Epic Crush of Genie Lo, which I listened to in February.  If tales of an Asian-inspired mythic past sound appealing, I also recommend Serpentine and Sacrifice by Cindy Pon.

5 Responses to The Rise of Kyoshi by F.C. Yee