Friends, I am still trying to catch up with all the books I read for the Cybils back in December. These books deserve their own full-length reviews, but I’m keeping it brief in the interests of getting them out there. 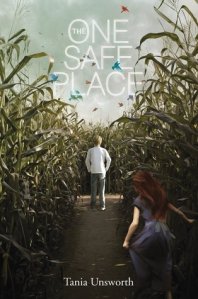 The One Safe Place by Tania Unsworth. Algonquin Readers, 2014.
I’ve heard people, particularly those who prefer Literary Fiction, put down genre fiction as formulaic. But playing inside a structure can yield some very good results – nobody knocks Shakespeare for sticking with that sonnet rhyme scheme. This book clicks off down the dystopia checklist, missing only the love triangle (mercifully, especially for middle grade.) The result is a twist on the dystopia that has all the elements to appeal to fans, while still engaging with fresh twists and characters. The One Safe Place features a protagonist with synesthesia, a world with a sharp divide between rich and poor, and the formerly homeless children who endure unspeakable horrors in the picturesque Gabriel H. Penn Home for Childhood in the hopes of being adopted someday. This is nice choice, especially for middle grade dystopian fans. 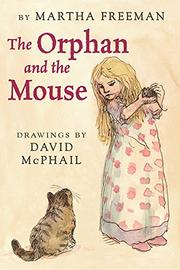 The Orphan and the Mouse by Martha Freeman. Drawings by David McPhail. Holiday House, 2014.
After a rather gruesome opening, where a brave young father mouse is killed by a cat, our story follows an orphanage in 1949 Philadelphia as the first mouse’s brave widow befriends one of the orphans there, Caro. Together they rescue each other from their various perils – both of them much more extreme than you’d guess from the cover – and put a stop to some truly unsavory corruption from the orphanage’s headmistress. In a nice touch, the mice (fans of the book Stuart Little can understand human speech, but not vice versa. It’s a charming mystery-adventure story, and really too bad about the cover. 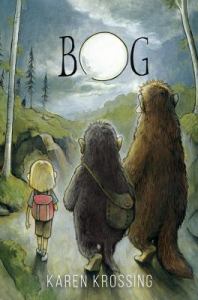 Bog by Karen Krossing. Fitzhenry & Whiteside, 2014.
Bog is a young troll who watches his father get tricked by troll hunters into staying out past sunrise. After learning a Dark Secret about his past, he leaves to hunt down the legendary Troll Hunter. On his way, he makes a friend of the larger forest troll named Small, and is joined – much against his will – by a young human girl name Hannie whose abusive father has made her wish to be a troll herself. Together, the three race against the troll hunter looking for the nose stone from the legendary father of the trolls, Ymir, which is rumored to have the ability to turn stone back to trolls. A delightful adventure with a beautiful northern Michigan setting and just-right messages of confronting prejudice.

I'm a librarian and book worm who believes that children and adults deserve great books to read.
View all posts by Katy K. →
This entry was posted in Books and tagged animal fantasy, dystopia, youth fantasy. Bookmark the permalink.