Recently, my friend C- was asking for fantasy book recommendations for her five-year-old son, who’s just getting old enough to listen to chapter books. Here are books that my son and I enjoyed (or plan to enjoy soon), beginning when he was four. Most of them we listened to as audio books in the car; I have noted the few titles here that aren’t available 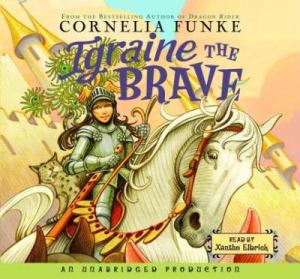 A Bear Called Paddington by Michael Bond
Charlotte’s Web by E. B. White
Earwig and the Witch by Diana Wynne Jones (print only)
Half Magic by Edward Eager
Igraine the Brave by Cornelia Funke
Kenny and the Dragon by Tony DiTerlizzi
The Magic Tree House series by Mary Pope Osborne
My Father’s Dragon by Ruth Stiles Gannett (print only)
Odd and the Frost Giants by Neil Gaiman
Pippi Longstocking by Astrid Lindgren
The Scarecrow and his Servant by Phillip Pullman
The Spiderwick Chronicles by Holly Black and Tony DiTerlizzi
Tuesdays at the Castle by Jessica Day George (print only)
The Wind in the Willows by Kenneth Grahame
Winnie-the-Pooh by A.A. Milne
Young Fredle by Cynthia Voight

What are your favorite introductory fantasy books?

I'm a librarian and book worm who believes that children and adults deserve great books to read.
View all posts by Katy K. →
This entry was posted in Books and tagged audio books, read-alouds, youth fantasy. Bookmark the permalink.