The Curious World of Calpurnia Tate

I first became acquainted with Calpurnia Tate back in 2009 with The Evolution of Calpurnia Tate, which it looks like I never reviewed.  Nevertheless, I was eager to read more about her. 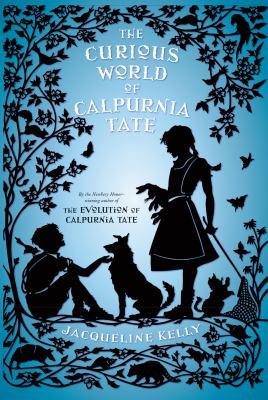 The Curious World of Calpurnia Tate by Jacqueline Kelly. Read by Natalie Ross. Macmillan, 2015.
It is 1900 in rural Texas.  As the story opens, 13-year-old budding naturalist Calpurnia and her grandfather spot a sign that points surely to horrible weather in coastal Galveston, Texas.  Unfortunately, no one believes their warning.  The (very real) hurricane is devastating. In its wake, Calpurnia is forced to share her bedroom with her teenaged cousin Aggie, who has very different priorities as well as a treasured Underwood typewriter.  As Calpurnia gets older, her family’s demands that she try to be more ladylike only increase, as she begins a campaign to be allowed to attend college.  Life surrounded by brothers continues, as she tries to keep her favorite younger brother Travis from getting into trouble with all the stray animals he attracts, and plots revenge against her mean, misogynistic older brother.  She also continues her nature studies with her grandfather, undertaking increasingly complicated dissections, and takes a job assisting the new vet in town, who fled Galveston with Cousin Aggie.

So often, historical fiction can focus on just one aspect of the history at the time – women’s issues OR race relations OR a particular event.  One of the things I love about these books – besides Calpurnia’s stubborn personality – is how many different things come together.  We see lots about society’s expectations for women and girls, as well as the scientific thinking of the day and how it conflicts or doesn’t with religious thinking.  It’s 1900, but the Civil War lives on in memory and objects. Race relations aren’t something Calpurnia gives a great deal of thought to, but her interactions with their African-American cook (a force to be reckoned with) and Cousin’s Aggie’s very low opinion of the vet from Galveston, who is Jewish, are clearly on display.   Even though the issues are heavy, Calpurnia’s strong sense of self and her passion for science and nature keep this from being a depressing book, and the focus on science and animals rather than clothes keep this from feeling like a girls-only book.  She remains a great character to introduce kids to the many things going on in this time period, as well as being fascinating reading for historical fiction fans.

I'm a librarian and book worm who believes that children and adults deserve great books to read.
View all posts by Katy K. →
This entry was posted in Books, Reviews and tagged historical fiction, science, Texas. Bookmark the permalink.

1 Response to The Curious World of Calpurnia Tate