Here are four mostly recent middle grade fantasies, all by authors I’ve enjoyed in the past. 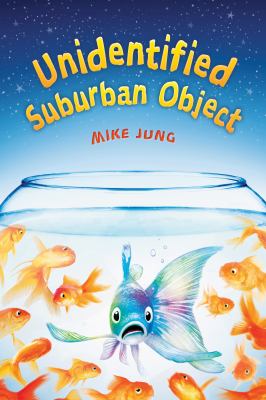 Unidentified Suburban Object by Mike Jung. Arthur A. Levine/Scholastic, 2016.
Chloe Cho is the only Asian in her small town, tired of stereotypes about ASIANS – why must her violin playing be compared only to that of famous Abigail Yang, for example? She’s still trying to learn about her Korean heritage, a topic on which her parents are silent – but learning to cook from Korean cooking blog posts isn’t the easiest.  When she’s given a family heritage project at school by the first Korean teacher she’s ever had, it goes horribly wrong and leads to a Revelation of (spoiler) a sci-fi nature that turns her world upside-down.  Chloe has a wonderfully snarky sense of humor and I really enjoyed her drama.  Despite things that are decidedly unique to her situation, there’s a lot in here about what makes best friends and what might make a straight-A student stop caring about grades.  The sci-fi element is light enough to give this plenty of appeal to kids who might not normally go for it. Mike Jung’s Geeks, Girls and Secret Identities is one I’ve gone back to more than once. 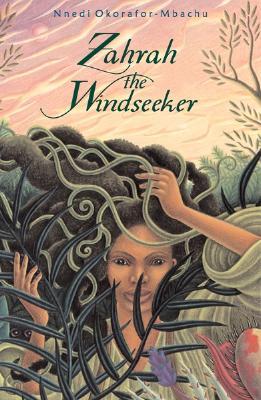 Zahrah the Windseeker by Nnedi Okorafor. Houghton Mifflin, 2005.
Even though Zahrah lives in a world where technology and buildings are grown, the vines, or dada locks, that grow naturally in her hair are rare and suspect – a sign of magic that’s no longer believed in.  She doesn’t show any other signs of magic until her first menstruation, when she starts floating – awkward for a girl terrified of heights.  Her best friend, Dari, is thrilled when he learns of this, and uses it as an opportunity for the two of them to explore the Forbidden Greeny Jungle.  When he’s bitten by a rare and extremely venomous snake, Zahrah will have to journey even farther in and explore the full reach of her powers to find a cure.   The fairly standard quest narrative is lifted out of the ordinary by the world-building, an African-inspired setting with absolutely unique technology, like computers that grow from seed – Zahrah’s has grown with her since she was a small child and works much better than a generically grown CPU.  Zahrah, too, has a nice character arc, going from feeling very young for a middle grade character to an accomplished young woman. The story is on the slow-moving side, but this is one that fans of world-building and character-driven stories will enjoy. I also recommend Okorafor’s Akata Witch.

Baker’s Magic by Diane Zahler. Capstone, 2016.
Orphaned Bee journeyed through the beautiful tulip fields surrounding the coastal city of Zeewal.  She didn’t mean to steal the delicious-looking bun in the bakery window – but it lands her a job as an apprentice to Master Bouts the Baker. As Bee starts to settle in, she also learns to be careful what’s she’s feeling as she’s baking, as her customers are likely to start feeling the same way.  When delivering baked goods to the castle, she meets both sweet Princess Anika and the wicked Master Joris, her guardian.  Soon Bee, her new best friend Wil, and Princess Anika are off on an adventure involving a pirate queen and missing trees.  But can Bee’s small skills with baking be enough to hold off a power-mad and vengeful wizard?  This is light and sweet and cinnamon-scented with substantial undertones.  I liked this even better than Zahler’s Twelve Dancing Princesses retelling, The Thirteenth Princess, which leads me to

Of Mice and Magic. Hamster Princess Book 2 by Ursula Vernon. Dial Books, 2016.
Princess Harriet Hamsterbone may no longer be invincible, but that doesn’t mean she’s happy to hang around her own castle waiting to be married.  She craftily accepts a quest (and a poncho of invisibility) from a fairy and sets off to rescue twelve dancing mice princesses, even if the king their father was expecting a man (and preferably a prince) to rescue them.  There, she finds an old friend working in the stables with the riding quail – useful for filling her in on castle gossip – and meets the princesses, each named after a month of the year.  It doesn’t take her long to figure out that the king is off his rocker, and not in a good way.  I’ve read a lot of 12 Dancing Princesses retellings, and this is an exceptional one – funny and adventurous while still being an age-appropriate treatment of abuse and victim blaming.  (Maureen at By Singing Light has more great thoughts on this.)  I’m looking forward to reading more of Harriet’s adventures!

I'm a librarian and book worm who believes that children and adults deserve great books to read.
View all posts by Katy K. →
This entry was posted in Books, Reviews. Bookmark the permalink.