Roses and Rot by Kat Howard

My blogging friend Maureen at By Singing Light, like myself, is a fan of a well-retold Tam Lin story – so when she got excited about this story, I paid attention.  A column by the author on John Scalzi’s blog didn’t hurt my interest, either. 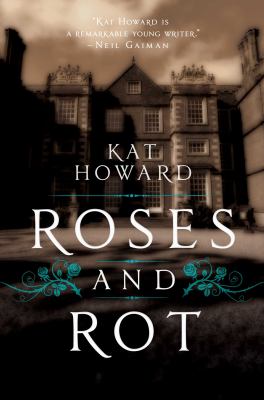 Roses and Rot by Kat Howard. Saga, 2016.
In modern-day America, two sisters trying to make it in different artistic paths are both excited and nervous at the chance to spend a year in the famous New England artist’s colony of Melete.  The idea to apply together came from the younger, blond sister, Marin, a ballerina.  The story is narrated by dark-haired Imogen, a writer.  Melete usually kicks its residents off to long-term success, but how and why?  Just as important to both sisters is escaping from their abusive mother, who finds ways to torture them even as they are adults no longer living at home.

But Melete has secrets, too – most notably that the success of its artists comes at a high and supernatural cost.  Only one of the artists will be chosen to pay the price and reap its reward.  And now Imogen has to decide whether trying to help her sister get the chance at success she wants or trying to keep her safe is the truest love – while figuring out what she wants herself.  Variations of these choices and their consequences are played out in the side characters.  All of this comes together in a story that is dark, real and much more ethically nuanced than fairy tales usually are, without sacrificing the feel and the power of magic.

I'm a librarian and book worm who believes that children and adults deserve great books to read.
View all posts by Katy K. →
This entry was posted in Books, Reviews and tagged fairy tales, Fantasy, Tam Lin. Bookmark the permalink.

1 Response to Roses and Rot by Kat Howard