A Baker’s Half Dozen of Gluten Free Cookbooks

I was diagnosed with celiac disease just before Christmas last year, so as a break from my usual fiction, here are some of the cookbooks I’ve been reading. The first one arrived in the mail as a gift, and all the rest are from the library. 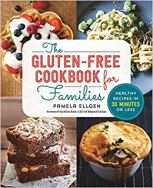 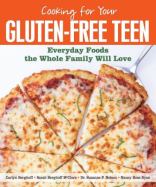 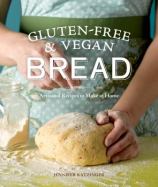 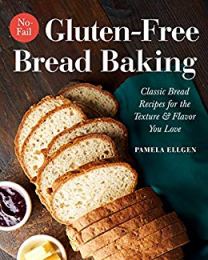 Gluten Free Cookbook for Families by Pamela Ellgen. Rockridge Press, 2016. – This book turned up on my doorstep a few days after I was diagnosed.  So much good stuff here! Ellgen has her own mostly whole grain blend of gluten-free flour – a rarity in a field where most blends focus on replicating white flour.  We’ve made her coffee cake and beef and broccoli stir-fry multiple times. I appreciate having many dinner recipes that are naturally gluten free, not trying to replicate wheat-based recipes. The only flaw is that she gives the prep time as 10 minutes for everything, even things like chicken pot pie that took my love and I two hours to prep working together.  Still, we use this every week.

Cooking for your Gluten-Free Teen by Carlyn Berghof. Andrews McMeel, 2013. Berghof is a chef whose recipes are written for her daughter.  She also worked with a pediatric gastroenterologist to find out the foods teens missed most – which is why you’ll find a “recipe” for a grilled cheese sandwich, along with recipes for donuts, pizza, and hot dog buns.  A downside is a reliance on powdered egg whites, which I have a hard time finding and am not too excited about using in the first place. I did take her suggestion of investing in a bread machine with a gluten-free cycle, for easy, delicious and cost-saving bread.

Gluten-Free and Vegan Bread by Jennifer Katzinger. Sasquatch Books, 2012.
I have friends who’ve given up baking because they can’t do gluten, dairy, or eggs.  Katzinger to the rescue – this is one of three books of hers my library has. I made two recipes from here, the millet sandwich bread and the fougasse.  Most recipes rely entirely on oven spring for their rise, which means you can just mix the bread up and pop it in the oven . I didn’t try her sourdough recipes, though I was pleased to see them.  It’s not the perfect cookbook for me, because like most vegan cooking, it uses a lot of tree nuts (here in the form of almond or hazelnut flour), to which I am allergic. But if you can’t do gluten, dairy, or eggs and can do nuts, this could be a great cookbook for you.

Gluten-Free Artisan Bread in Five Minutes a Day by Jeff Hertzberg and Zoë François. Thomas Dunn Books, 2014.
This is great in concept, but the execution fell a little flat for me.  The recipes aren’t engineered for nutrition, first of all, and secondly, we don’t eat enough bread or have the refrigerator space to store the large amounts of dough the recipes make to be baked up a loaf at a time.  Still, if you’re a bread lover with lots of refrigerator space, this might be the book for you.

The How Can It Be Gluten Free Cookbook by America’s Test Kitchen. America’s Test Kitchen, 2014.
My love is a big fan of Cook’s Illustrated.  If you know the magazine, you already know that the Test Kitchen will walk you through all the mistakes they made in getting to the perfect version of a recipe.  They’ve discovered, for instance, that gluten-free muffins and cookies will turn out much better if you let the batter rest for a half hour before baking. Well, that makes it much harder to make muffins for Sunday breakfast – but at least we know they’ll turn out well.  We made several of the baking recipes from here, but left the dinner recipes alone as we just don’t have the time most nights.

No-Fail Gluten-Free Bread Baking by Pamela Ellgen. Rockridge Press, 2018.
This cookbook looks good, though I have yet to try any of the recipes.  After a discussion of ingredients and techniques, they move to easy basic breads and proceed on through more advanced baking, including yeasted, quick, and sourdough breads, as well as muffins, scones, and even croissants and pain au chocolat.  Yum!

I'm a librarian and book worm who believes that children and adults deserve great books to read.
View all posts by Katy K. →
This entry was posted in Adult, Books, nonfiction, Print and tagged cooking, gluten-free cooking. Bookmark the permalink.