Aftermath: Children of Virtue and Vengeance and Wayward Son

Here are two more sequels, these teen books where characters must deal with the consequences of the magical cataclysm of the first books. 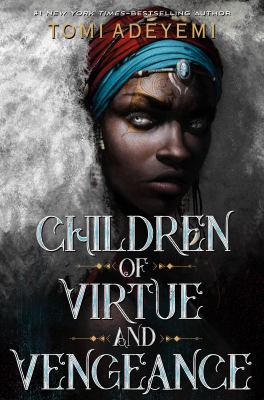 Children of Virtue and Vengeance by Tomi Adeyemi. Henry Holt, 2019. ISBN 978-1250170995. Read from purchased copy.
There is really no way to write about the plot of this second book in the Orïsha series (following Children of Blood and Bone) without spoiling large amounts.  Here, in brief, is what is going on with our main characters: Zélie is hurting from having sacrificed her father and been betrayed by Prince Inan, whom she then killed.  Amari believes that as princess, her duty is to take over the kingdom and try to work for harmony between her traditional overlord class and the oppressed magical minority, the maji.  Once as close as sisters, so close I wanted them to be the book’s romantic pairing, Zélie and Amari are now at odds with each other.

The good parts of this book remain a really good depiction of two sides each so convinced that they must fight for survival against the other that they end up refusing to compromise and hurting themselves as much as they hurt the others.  I still love the vivid descriptions of beautiful West African-inspired landscapes and buildings.  But this book just felt hopeless and bloodier than I have the stomach for right now.  It seemed at every turn the characters were saying, “I’ll have to sacrifice this one person I love and we will win and everything will be okay,” only it was never enough because the other side is willing to stake just as much and there are more people to sacrifice.  I know there are readers who will really appreciate this no holds barred, no character too important approach, but it’s not me, especially not right now.  I am now on my third romance in a row trying to recover.  I think this says as much about my mental state at present as about the book itself; I still feel that it is an important series. 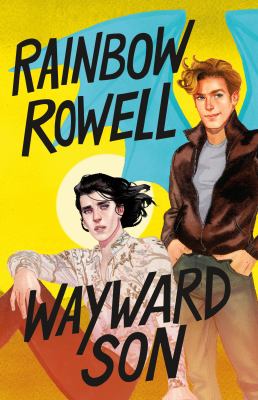 I read this one back in January, and will do the best I can to reconstruct it from my notes, as I do want to have a review of it.

It’s some time after the events of Carry On. Simon Snow is mostly just staying inside his flat in London while his boyfriend Baz and best friend Penny are at University.  His ex-girlfriend Agatha moved to California without her wand, planning to leave magic behind forever.  Simon is burdened both with the dragon wings and tail he got at the end of the first book and with a deep depression that leaves him unable to think about his future and no longer believing that Baz could really care for him.

When Agatha and Penny’s boyfriend in America both stop answering her texts, she decides that a road trip across America would be the perfect solution to all their problems.  But this simple idea – fly to Chicago, pick up boyfriend, drive to California – runs into a number of problems.  America is much, much bigger than they realized, for one thing, and there are large Quiet Zones where magick doesn’t work at all.  Since spells are based on commonly used phrases, many of the spells they know from school won’t work here.  Plus, there are lots of unfamiliar but very territorial magickal creatures who don’t take kindly to strangers.  And that’s just for starters.  Fortunately or unfortunately, they meet a magick-aware but not himself magickal young American, Shepard, who is a little more enthusiastic than they’d like about being their guide.

They’d better make their way to California quickly, though, because Agatha really does need their help.

If Carry On was a spin on Harry Potter, addressing both minor and major issues with it as only an insider can, Wayward Son looks at the difficulty of facing life after the epic battles – after the deaths, the sacrifices for the greater good, and going on without the deep purpose behind every action but with the PTSD.  That it manages to tackle these issues while still having an entertaining plot with lots of adventures and characters I really want to read more about says a lot for Rainbow Rowell’s current popularity.