Magical Black Girls: A Song Below Water and Snapdragon

Here are two tales of girls coming to terms with their own magic, one for teens and one for a middle grade audience. 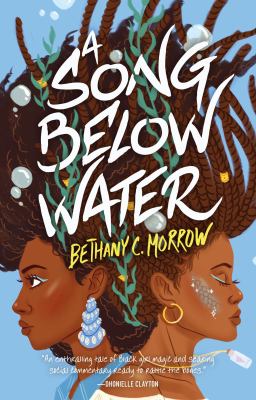 In modern-day Portland, magical-human beings of all kinds mix with ordinary humans, but some – elokos in particular – are revered and can be public about their magical sides.  High school junior Tavia, though, is a siren, and sirens – all Black women – are only accepted if they wear collars to mute the magical power of their voices.  So Tavia keeps her identity a deep secret.  But her upset when a Black woman who might have been a siren is murdered without consequence threatens to expose her.  Her father also is frightened of her power, so Tavia is desperately trying to connect with the spirit of her grandmother for advice.

Meanwhile, her sister by love, not blood, Effie, is having struggles of her own.  Her mother, one of the few Black performers at the local Renaissance Faire, is dead, her father unknown, and her adopted grandparents unwilling to answer her questions.  Effie continues her mother’s legacy by performing at the Faire as Euphemia the Mer, who has an elaborate backstory and character that inspires fan fiction.  (As a former Renaissance Faire/Mittelalter Markt performer myself, I really loved this part and desperately hoped through the book that Effie would be able to keep the Faire as a place of refuge and delight.) But she’s still haunted by her own history as Park Girl, whose four friends turned to stone when they were playing at the park 10 years ago.

Just to add to all the mysteries, a living gargoyle has been perching on their roof for the last three years. And in a world much like our own that doesn’t like Black girls much to begin with and likes magical Black girls even less, it won’t be easy for Tavia and Effie to stand up for each other and themselves.

So, this is highly political fantasy,  magic as a lens for our current situation, not escapism.  This is an important and powerful use for fantasy, but something to be aware of if you see the lovely cover and think it’s going to be all swirling water magic. The book got off to a slow start, but picked up speed as it went on and ultimately became a very satisfying story.

This pairs well with books like Ibi Zoboi’s American Street.  For more watery fantasies, try The Golden City by J. Kathleen Cheney for adults or Rise of the Jumbies by Tracey Baptiste for middle grade. 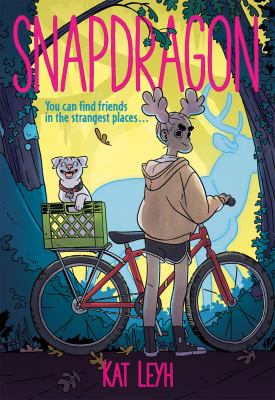 Snapdragon – named for her mother’s favorite flower – has never believed that the old woman who lives in the woods is really a witch.  But when she finds a dead mother opossum with babies, she decides to take a chance on the old woman’s being able to save them.  The woman, Jacks (shown as white)  agrees only to keep them at her house and teach Snap how to care for them.  Snap discovers that some of the rumors are kind of true – Jacks does take roadkill animals and bury them, then puts their skeletons back together to sell.  Snapdragon, who appears to be mixed race, is used to having a lot of time on her own as her African-American single mother is training to be a firefighter.  She’s not expecting her time with Jacks to grow into a kind of friendship, and she also makes friends with Louis, a kid who’s as comfortable with traditional girly things as Snap is uncomfortable.

Lots of discoveries are forthcoming, including magic, adventure, and an unexpected connection between Jacks and Snapdragon’s family.  This is slightly spooky with focus on looking beyond the surface, with messages of body- and LGBTQ+ positivity (the author appears white and her bio says she lives with her wife).  The energetic and friendly illustrations add to the charm.  I really enjoyed this, though I wasn’t able to get my daughter to try it.  This one would work well with Witch Boy by Molly Ostertag and The Okay Witch by Emma Steinkellner.

3 Responses to Magical Black Girls: A Song Below Water and Snapdragon