State of the Book Basket March 2016

For once, the library basket is not overflowing with books.  I have only 20 items checked out, as opposed to my usual 30-40.  But as no one seems to be feeling deprived of reading material, we’ll go with it.  This reminds me of Jen Robinson talking about a school that gave kids ereaders preloaded with 18 books for the entire year, which was supposed to be all their reading.  Apparently I consider 18 books a substandard selection for three weeks. 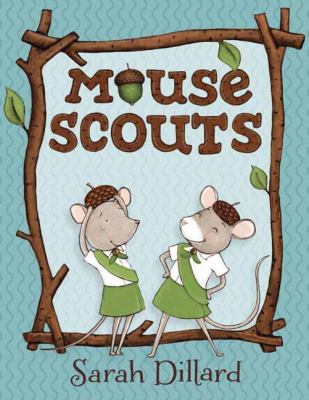 My daughter (age 6) is not quite reading chapter books to herself yet, but seems to have lost interest in reading books that are actually her level to herself.  She’s bringing home lots of early chapter books from the school library, mostly the Rainbow Fairies books. She flips through them pretty rapidly, so that I think she’s catching the occasional word and mostly looking at the pictures.  She’s also enjoying looking at Knightnapped, the latest in the Dragonbreath series by Ursula Vernon, which I still have on hand from the Cybils.  We’ll try Mercy Watson Fights Crime by Kate DiCamillo, illustrated by Chris Van Dusen this week for something that might be closer to her reading level while still scratching that chapter book itch.  I’m reading Mouse Scouts by Sarah Dillard to her – just adorable – and we’re listening to the first two Alvin Ho books by Lenore Look in the car.  (I was feeling that our car listening was getting overwhelmingly white, and this is one of the few diverse early chapter book series that my library has available on audio. Perhaps more importantly, Alvin Ho is hilarious.)  I also brought home Judy Moody and the Not Bummer Summer by Megan McDonald on Playaway for her.  I’d thought we might do it in the car, but she was just thrilled to have it to listen to on headphones over the weekend. 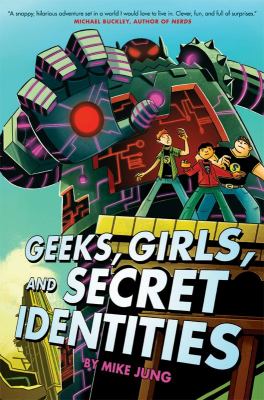 My son, (age 11) having finished and very much enjoying The Dungeoneers is now reading another fantasy book picked for him by the youth librarian at the local public library. I think this may be a first!  It’s The Inquisitor’s Apprentice by Chris Moriarty, and he seems to be enjoying it even though it looks like a mystery, and he has told me on numerous occasions that he doesn’t like mysteries.  There’s also a Big Nate book on hand for when he needs something light.  I am reading Geeks, Girls and Secret Identities by Mike Jung to him.  He’s a strong enough reader now that he could read it to himself, as he couldn’t when I first read it, but it makes a pretty good read-aloud.  The language is what I’d call middle school foul, with a fair amount of scatological cursing – not horrible, but not what we use at home, and I haven’t asked him if he’d prefer me to censor it or leave it as is.  What’s great is that the story is moving along at a fairly rapid clip – helpful when we’re reading one chapter at a time a few times a week – and the chapters are the perfect length, taking 15-20 minutes to read aloud.  He is listening to The True Blue Scouts of Sugarman Swamp by Kathi Appelt on his iPod.  We are working through Diana Wynne Jones’ Chrestomanci books in the car, slowly and out of order, currently listening to The Pinhoe Egg. Sadly, the daughter isn’t enjoying it as much, and alternates between telling us how much she hates it and asking why some desired event in the book hasn’t happened yet.  The challenge to find a book that works both for an easily frightened six-year-old and an adventurous fantasy-loving eleven-year-old continues! 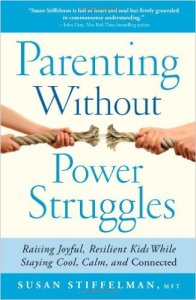 My love is listening to Parenting without Power Struggles by Susan Stiffelman, which was recommended to us by our good friend Dr. M., and which I had just finished listening to myself.  He’s been doing Tamora Pierce’s Circle of Magic books when driving the kids around.  And I recently brought him another homemade soda cookbook, per his request – Homemade Root Beer, Soda and Pop by Stephen Edward Cresswell – as he enjoys experimenting with these.

For myself, I have whole stacks of books, though I realize I might be in the middle of slightly fewer than usual.  I’m listening to A Plague of Bogles by Catherine Jinks in the car, reading Winter by Marissa Meyer in print at home and Under a Painted Sky by Stacey Lee at work.  I’m actually reading books from my list that I put together in January and feeling all proud of myself!  That doesn’t mean I’ve been able to resist the siren call of other books that have come across my radar. 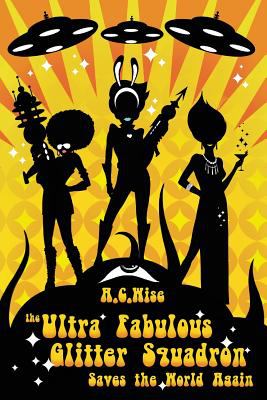 I have The Ultra Fabulous Glitter Squadron Saves the World Again by A.C. Wise up next in print – I just couldn’t resist that title.  (Note that it is most definitely an adult book, just based on the first page.) After that will come Something like Love by Beverly Jenkins, as I’d been feeling like a romance and just discovered that she is a Detroit area author who specializes in heavily researched African-American historical romances.  Color me sheepish but intrigued.  I checked out her next oldest title, to give the latest one a chance to get a little more exposure on the new shelf. [Edited 3/20/16 to add:] Forgotten the first time around, as I actually bought it and so it didn’t show on my list of library checkouts, is Pure Magic by Rachel Neumeier, the sequel to Black Dog.  I think I read just one review of Rebel of the Sands by Alwyn Hamilton, where it might have been compared to The Blue Sword by Robin McKinley, one of my all-time favorites, and that was enough to convince me to check it out on the spot.  I’m continuing my reading of Hilary McKay’s older books with The Exiles at Home.  And in reserve on audio is The Tombs of Atuan by Ursula LeGuin, which I haven’t read since childhood but which R. J. Anderson (geeky thrills! Conversations with authors I admire!) encouraged me to give a second chance to over at By Singing Light.

I'm a librarian and book worm who believes that children and adults deserve great books to read.
View all posts by Katy K. →
This entry was posted in Books, Lists and tagged state of the book basket. Bookmark the permalink.

2 Responses to State of the Book Basket March 2016