3 Middle Grade Fantasies: the Left-Handed Fate, Alcatraz vs. the Evil Librarians, When the Sea Turned to Silver

The Left-Handed Fate by Kate Milford. Illustrated by Eliza Wheeler. Henry Holt, 2016.
It’s a little hard for me to review this books in part because of how deeply I fell for it.  The year is 1812, and Lucy, the 12-year-old daughter of a British privateer, Max, a 14-year-old philosopher come into conflict with Oliver, also 12, and newly in command of an American naval vessel.  Lucy is helping Max look for the pieces of his father’s device, while Oliver must decide whether to stop or help them, America and Britain being at war.  There’s magic and fireworks and chase scenes and characters who are too young to have the fate of the world in their hands but have to do it anyway.  Also sailing ships, invented islands, and really cool devices.  At the same time urgent and whimsical, this is one of my favorite books this year. 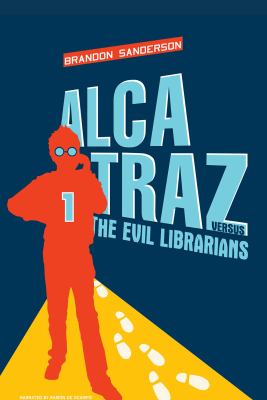 Alcatraz vs. the Evil Librarians. Alcatraz Smedry #1. by Brandon Sanderson. Read by Ramon De Ocampo. Recorded Books, 2011. 9/28/16
My son and I listened to the first couple of books in this enormously popular series before Cybils season hit.  In this first book, Alcatraz discovers that everything he’s known his whole life is false.  Librarians are all part of an evil group trying to hide the existence of truth, including a whole continent, from the rest of the world.  Alcatraz naturally belongs to the world that would seem to us to be magical, though he assures us it isn’t.  He discovers that his ability to break things, which has gotten him into trouble and shuffled from foster home to foster home his whole life, is considered a valuable family talent.  Now that he’s older, his grandfather comes to take him along on his crazy adventures.  It’s full of action and a snarky humor that’s perfect for middle school.  As a bonus, his delivering of deliberately annoying asides in the middle of action scenes broke the tension enough that the books were mostly not too scary for my much more sensitive seven-year-old, while still being exciting enough for the twelve-year old.  This series has just been completed, so now is the perfect time to jump in.

When the Sea Turned to Silver by Grace Lin. Read by Kim Mai Guest. Hachette, 2016.
I have loved both of Grace Lin’s previous books, Where the Mountain Meets the Moon and Starry River of the Sky.  This third book continues the pattern of interweaving an adventure with storytelling which later turns out to be relevant to the happenings in the present day.  There are some characters in common with the earlier two books, but readers stepping in for the first time won’t feel out of place.  Young Pinmei has grown up with her grandmother, the Storyteller, on a remote mountain.  But one year when the winter has gone on far longer than it should, her grandmother is kidnapped by a man disguised as a common soldier but whom Pinmei can tell is the new emperor.  She and the neighbor boy, Yishan, leave the mountain to rescue her.  Tales this time include the Turtle of Winter, the Ginseng Boy and more.  Though the start is somewhat traumatic for young readers, this is just as lovely as the others.  I had just read it in print when it was nominated for the Cybils audiobooks category, so I listened to it again.  It really holds up well – the pictures and the overall book design are outstanding in print, but the narration is also wonderful and that format helps to noticing all the small details and the beauty of the language.  [standard disclaimer: this opinion is mine alone and does not reflect that of the Cybils committee in general.]  Whichever way you prefer, make sure you read this book!

I'm a librarian and book worm who believes that children and adults deserve great books to read.
View all posts by Katy K. →
This entry was posted in Books, Reviews and tagged contemporary fantasy, historical fantasy, pirates, privateers, youth fantasy. Bookmark the permalink.

9 Responses to 3 Middle Grade Fantasies: the Left-Handed Fate, Alcatraz vs. the Evil Librarians, When the Sea Turned to Silver