A Week of Reading

Today I looked at the pages of review notes I have and decided to just give you shorter reviews of the books I read this week.  It’s a big mix of styles – two realistic fiction (one teen and one middle grade), one adult memoir, and one middle grade fantasy.  Enjoy! 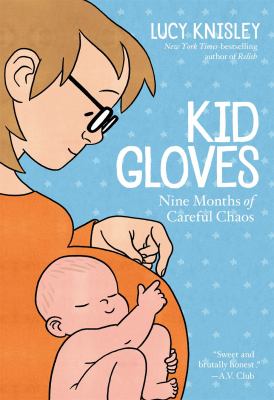 Kid Gloves by Lucy Knisley. First Second, 2019.
I got to meet Lucy Knisley at A2CAF this year!  And though I’ve been buying her graphic memoirs for my adult graphic novel collection at the library all these years, I entertained my daughter during longer panel discussions by showing her Lucy’s Instagram account, so that she now really wants to read this book.  This is not really a book for children, though it might be good for teens and up. Knisley follows her journey from trying not to get pregnant as a young adult to the miscarriages she had after she and her husband decided to try for a baby, as well as her difficult pregnancy and nearly fatal birth.  Every chapter of the journey is interspersed with relevant background information, from the “wandering uterus” theories held from the Greeks through the Victorian era, to the many failures in the modern birthing experience, both medicalized and natural. Though a lot of this information is quite frankly horrifying, she keeps a sense of humor about most things, especially with illustrations of women through the ages rolling their eyes at the idiotic theories that have come up.  Content warning: miscarriages, and near death from medical incompetence. Still recommended. 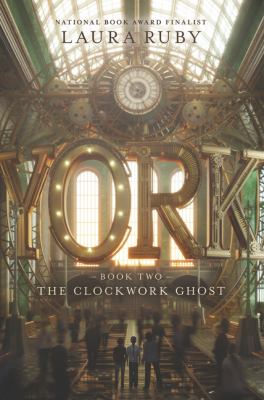 York Book 2: The Clockwork Ghost by Laura Ruby. HarperCollins Children’s, 2019.
The story begun in York: the Shadow Cipher continues!  The Biedermann twins, Tess and Theo, are now living with their super-cool and adventurous aunt, while Jaime and his grandmother are living in a soulless new apartment in New Jersey.  They’re still trying to get together to make progress with the cipher, finding a cute little robot made by Ada Lovelace who helps them along the way. Cricket, the fierce and perceptive younger girl, makes a reappearance, with her pet raccoon Karl.  We also meet a new villain, Duke Goodson, a fixer who has a crew of former cheerleaders in identically dyed blond hair and red dresses working for him. This is such a great combination of puzzles, adventure and characters, and had a twist at the end that I did not see coming.  I’m going to limit how much I say here because of spoilers, but I’m enjoying this series a lot and very much hope that the final book will be out soon. 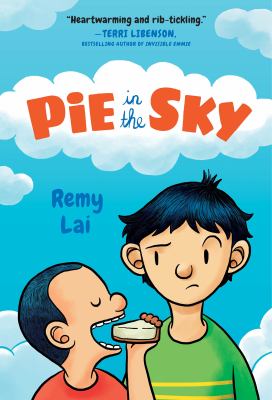 Pie in the Sky by Remy Lai. Henry Holt, 2019.
Jingwen and his little brother Yanghao have immigrated to Australia with their mother following their father’s death.  Yanghao is young enough to pick up English easily, but Jingwen is floundering and still feeling extremely guilty for his father’s death, though he wasn’t actually at fault.  He decides to bake all the cakes that his father was going to make at the fancy bakery they dreamed of opening in Australia with Yanghao. But since their mother is working an evening shift and they’re forbidden to use the oven on their own, they have to do it all in secret.  This is a hybrid novel, with cartoon panels beautifully illustrating how out-of-place Jingwen feels. Sometimes he feels like they’re on Mars, with all the people around him shown as aliens with strange characters coming out of their mouths. Other times, he’s more self-conscious, and shows himself as the alien surrounded by confused on-lookers.  I was not super impressed with the mother here, who kept just forbidding Jingwen to do the only thing that helped him feel competent and grounded in a strange place, and it took Jingwen such a long time to find a place of acceptance. Still, I think we often forget how very hard it is for both kids and adults to adapt to a new culture, and this is a very good portrayal of that, with bonus yummy cakes. 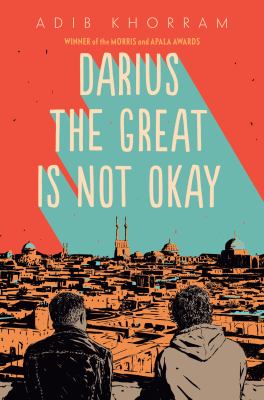 Darius the Great is Not Okay by Adib Khorram. Read by Michael Levi Harris. Penguin Random House, 2018.
Teenage Darius considers himself a fractional Persian – his mother grew up in Iran, but his father is a blond American – Darius calls him a “Teutonic Ubermensch” and feels he’ll never live up to his standards. Unlike little sister Laleh, Darius doesn’t speak Farsi, so when they make their first trip to Iran to visit his dying grandfather, Darius is adrift.  It’s hard to explain his depression to people who think he should just think happier thoughts instead of taking medication. But he makes his first friend, Sohrab, also mostly friendless because of being a minority Baha’i, and learns a lot about himself and his mother’s culture. It looks like the book has gotten LGBT kudos, but there’s only the tiniest hint of this – mostly it’s a portrait of two boys, both outcasts, learning how to be friends.   There’s also a love of good tea and so, so many great Tolkein and Star Trek references – things like “Laleh saw the silent tension between us like a cloaked Klingon battleship.” (paraphrasing from my memory of the audio here.) And on the subject of the audio – I also don’t speak Farsi, but I couldn’t detect any American or random other accents in Michael Levi Harris’s reading, and he was able to give good and mostly distinct voices to the many characters, making it a good audiobook.  I cried multiple times, and am trying to convince my son to listen to it, even if it isn’t actual science fiction.

2 Responses to A Week of Reading