Continuing with the graphic novels, here are some aimed at teens (or at least, from the teen section of the library.)

Prince and the Dressmaker by Jen Wang. First Second Books, 2018.
This book was tearing up the award and best-of charts last year, winning an Eisner award and being a Cybils finalist, among many other honors.

Frances is working as a lowly seamstress, dreaming of being a big designer, when she gets the job of her dreams: personal designer to Prince Sebastian, who secretly goes out on the town dressed as Lady Crystallia.  But what future is there for a cross-dressing prince in 19th century Belgium? And will Frances’s dreams of greatness ever come true? Her fashion designs felt much more 21st-century daring than truly 19th century, but it’s drawn for a modern audience.  I feel obliged to note that this prince was a real person (I’m guessing the dressing is imagined), his father famous in real life for committing atrocities in the Congo. The author has stated that she didn’t know anything about this when she created the book.  The ending, too, was a vision of how you’d want things to go – not realistic, but worth it for creating a space where such a thing could have been true. Despite my criticisms, this was great fun to read, with a worthy message. 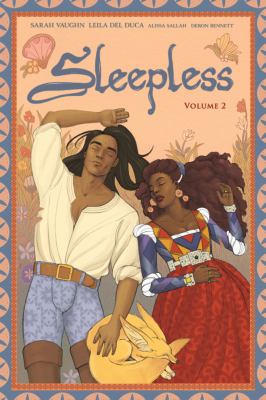 Cheshire Crossing by Andy Weir and Sarah Andersen. Ten Speed Press, 2019. 978-0399582073
My love requested that I bring this home from the library, because he and my son are such fans of The Martian. Upon getting it home, my daughter jumped on it and read it more than once.

In this story, Alice, Wendy and Dorothy all wound up in boarding school together – this time, hopefully friendlier than the many other places where they’ve been cruelly treated because of their “delusions.”  Here, the headmaster believes their experiences but wants to study them, though these girls definitely have minds of their own. Alice is particularly distrustful and wants to escape immediately, causing a problem that will need all the girls and even the Mary Poppins-inspired Nanny to solve, as the Wicked Witch of the West and Captain Hook team up for maximum villainy.  The SLJ review recommended this for teens, as Peter Pan starts growing up and gets very hormonal, but there’s nothing terribly explicit and my daughter at least was not fussed.

This is an engaging and humorous take on the problems of girls returning to a world that doesn’t believe in their adventures, also dealt with in much darker form in Seanan McGuire’s Every Heart a Doorway.

3 Responses to Rebel Girls and Gowns: YA Graphic Novels