Top 10 Middle Grade Fantasies That Make Me Laugh out Loud

It’s Tuesday! And once again, those friends to book lovers everywhere over at the Broke and the Bookish have come up with another great theme, perhaps in honor of April being National Humor month.

There is nothing like a funny book to keep a new or reluctant reader going. I have a lot of respect for authors who are able to write really funny books, especially while tackling serious or emotional topics at the same time. Sometimes it seems like contemporary fantasies are the most likely to be silly, but even with serious world-saving to be done, there are plenty of epic fantasies and daring space survival stories that can make me laugh out loud. There’s a fair amount of crossover between this list and my Top 12 Middle Grade Fantasies for Diverse Readers – and I think that’s a very good thing.  And yes, I do have three separate Ursula Vernon books on this list.  She really is that funny. 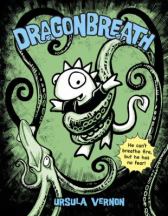 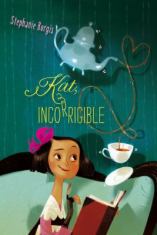 Kat, Incorrigible by Stephanie Burgis
Mars Evacuees by Sophia McDougall
Secrets of the Dragon Tomb by Patrick Samphire
Tuesdays at the Castle by Jessica Day George 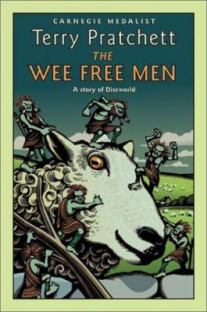 The True Meaning of Smekday by Adam Rex
Unusual Chickens for the Exceptional Poultry Farmer by Kelly Jones. Illustrated by Katie Kath
The Wee Free Men by Terry Pratchett

I'm a librarian and book worm who believes that children and adults deserve great books to read.
View all posts by Katy K. →
This entry was posted in Books, Lists and tagged Top Ten Tuesday, youth fantasy. Bookmark the permalink.