Once again, the folks at the Broke and the Bookish say it’s time for me (and the rest of their groupies) to plan out our reading for the second half of the year.  I will not complain about planning ahead for once.

But first – how did I do with my plans for the first half of the year?  Let’s see.  I’ve read seven of the 14 (hmm, how about that counting to ten?) books on my anticipated books for the first half of 2017.  I have two more checked out, and two aren’t available yet – Stephanie Burgis’s Dragon with a Chocolate Heart is officially out in the U.S. (hooray!!!), but not yet at my library.  Cindy Pon’s Want is out June 13.  That leaves just two I haven’t yet read.  I’m feeling OK with that.

Going back a little further and peeking at the books I missed in 2016 – well, OK, not doing so well with that one.   I’ve read four of those books, and have a fifth checked out.  But – we will not let the impossibility of reading all the books deter us!  Onward to see what is coming up next!  All but a few of these are happily anticipated sequels 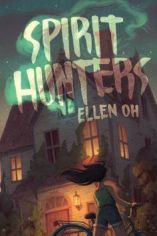 The Silver Mask. Magesterium Book 4 by Holly Black and Cassandra Clare – August 29 –  (middle grade) – I couldn’t even review The Bronze Key last year because of the horrendous cliffhanger ending, but I still need to find out what happens next.

Shadowhouse Fall by Daniel José Older – September 12 – (YA) – I’ve read Shadowshaper twice and am so excited for more with Sierra. 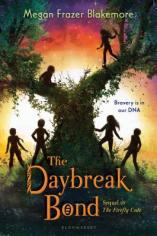 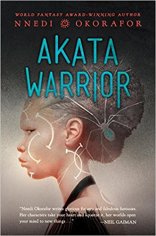 The Empty Grave. Lockwood & Co Book 5 by Jonathan Stroud – September 12 -(middle grade) – I just keep coming back for more!  Start with The Screaming Staircase if you’ve missed these series.

Rise of the Jumbies by Tracey Baptiste – September 19 -(middle grade) – sequel to The Jumbies.

Akata Warrior by Nnedi Okorafor – October 3 – (YA) Akata Witch was a while ago… so glad to see a sequel! 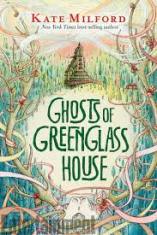 Forest of a Thousand Lanterns by Julie C. Dao – October 10 – (YA) – a happy discovery from other TTT – this sounds intriguing.

What are you looking forward to?